The decision as well as your chances of winning the main prize of the different lotteries could be uncertain. Most people are not aware of the real odds of winning each of them.

With a much more win-oriented mindset, Cloverhut has created a proposal: a new model on the market with the idea of making online house raffles through its platform, allowing users to enter from just 2€. Participating has never been easier, with all guarantees of transparency and security. The odds of you winning your dream house in Spain are maximised. You can check it out below. 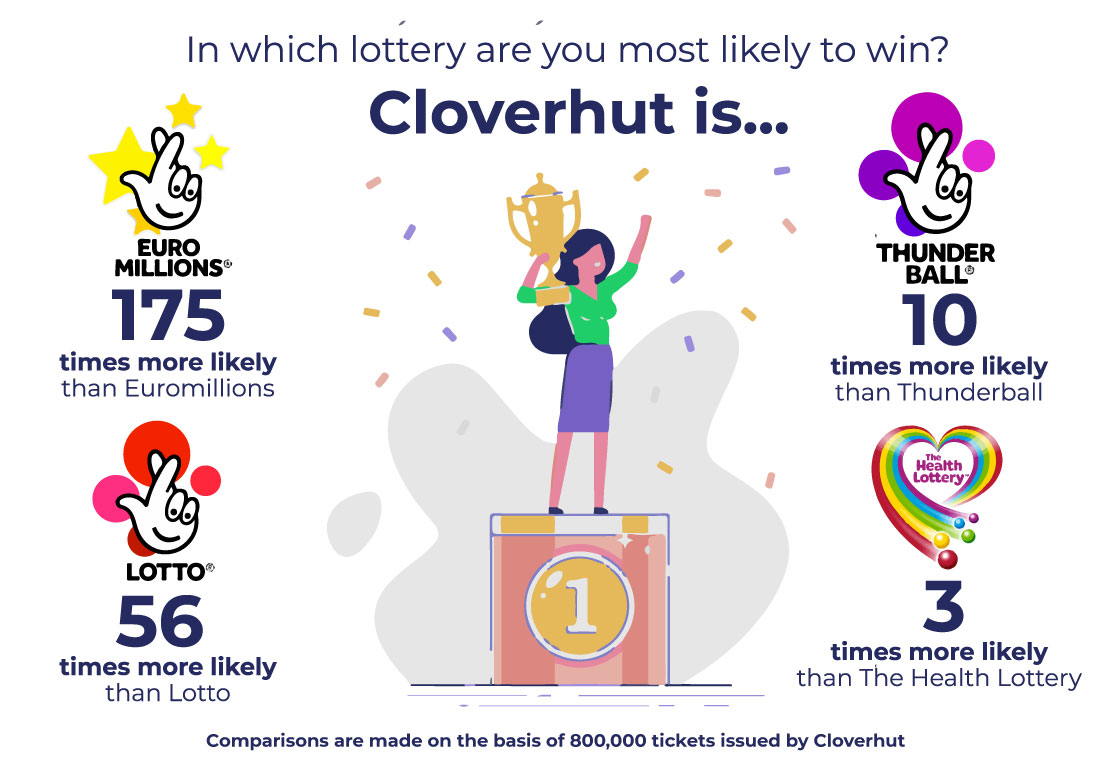 What are the real odds of winning the house raffle compared to other lotteries from just 2€?

Evidently, there are different games and lotteries in which you can participate when you want to win cash prizes. You should always start by gaining understanding on which lottery you are more likely to win. In addition, one of the main interests of most people who play or buy lottery tickets is to be able to invest the money in a house.

In the case of Cloverhut, the probability of winning the lottery increases exponentially and it is much more likely to win a house than with any of the other lotteries.

We have found that, even playing The Health Lottery (which has the highest probability), there is a 10 times lower probability of getting a winning combination than with Cloverhut, with the same amount, 2€. 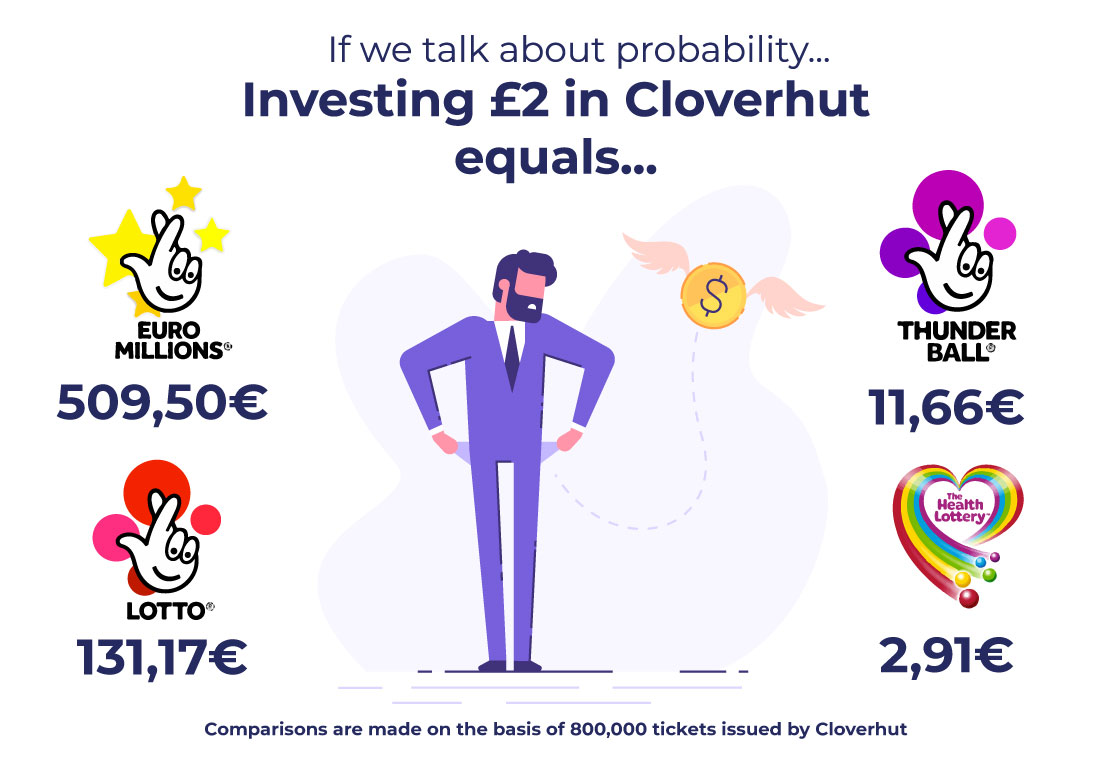 How Do Lotteries in the UK Really Work?

Lotteries around the world, especially in Europe, are usually run by none other than our governments. The thing is that the lotto was made to aid the government and the population. With that being said, the goal is to raise as much money as possible to cover the costs of public institutions, build new roads, hospitals, etc. Even though that is a great motive, the problem is that they are better off by not giving the prize or by just giving away a small fraction of it. We hate to be the one to break it to you, but you will probably never win the draw. If you happen to win, it might be something in a range between 0.25€ and 10000€. Now that is a lot of money, but the problem is that you are more likely to get nothing. Indeed, the lottery attracts a lot of people and generates billions per year, but the problem is that they issue so many tickets that your chances of winning the lottery get really slim. To put it into perspective, your probability of winning the Mega Millions grand prize is 1 in 302.5 million, according to the Balance.

How Come Some People Won the Lottery in the Past? Are There Any Ways of Maximising the odds?

You can increase the odds by playing the right lottery games. Scratch-off games usually offer a higher chance of winning. However, the value of the prize is usually much lower. Other national games such as Mega Millions have fixed odds but they proceed to split the jackpot between numerous individuals. To get better odds, you should check out the back of the ticket in which they detail the procedure for you to get an idea.

Lottery pools offer you a higher chance of winning because they give you more tickets for a fraction of the price. The good thing is that you increase the odds without spending too much money.

What if you could get a second chance? The good thing is that with second chance tickets, you get another try if you fail the first one. That probably does not guarantee that you are going to win, but you still get to increase the odds.

How Does Cloverhut Differ from the Lottery?

The intentions of Cloverhut and the one of the lotteries are different. On one hand the lottery wants to make money for public accounts. On the other hand, Cloverhut is trying to revolutionize the Spanish real estate market by coming with a new way of buying and selling homes. Cloverhut is trying to make homeownership accessible to everyone. Consequently, there will always be a winner in our home raffles. Our goal is also to help the house owner get rid of his property by drawing a winner. There is a fixed deadline and our terms and conditions state that there is a limit of 5000 tickets per person. The math is simple, with Cloverhut, you are 175 times more likely to win the grand prize than the EuroMillions. Take part in our home raffles and do not forget to join the CloverClub to benefit from its great perks.

Home Raffles: What is this New Trend Making Real Estate Exciting Again?
Next How to Sell a House through a House Raffle in the United Kingdom?