Spain is one of the most welcoming countries in the world. Regardless of where you are from and how different your culture is, you will always feel welcome once you have moved to Spain. It may not sound surprising as, each year, the country hosts about 80 million tourists. This is about eight times the population of Belgium and four times the population of the Netherlands. However, there are a couple of things you should keep in mind when coming to Spain. This guide covers the following points:

It is very important that you speak Spanish in order to live in Spain or travel hassle free in Spain. It is not very common for Spaniards to speak English nor French and German. As English is now recognized as an important language for business and travelling, the younger generations are now being taught English at school from a very young age in order to compete better on the job market. Having said that, you will be able to make the most out of your trip if you understand Spanish. 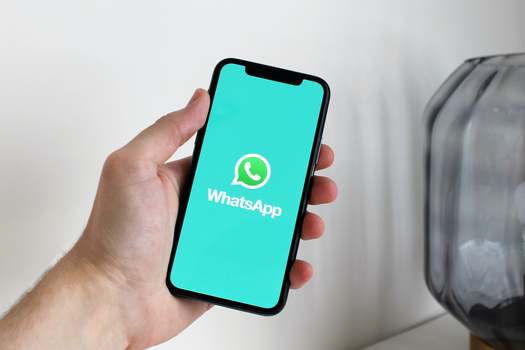 Moving to Spain: What Are the Main Means of Telecommunication in Spain?

You will find a lot of phone operators when you move to Spain such as Vodafone, Orange, Yoigo and many more. However, you should not shoot a text message using them as most people in Spain rely on WhatsApp. Spanish Reports have shown that approximately 87 percent of the population uses WhatsApp. Whatsapp is now part of Spanish culture as it is used by everyone including companies and the government. While Spanish differs all around the country, one thing all Spanish people do is using slang when texting. You may find that some people abbreviate a lot. They will rather use "q" instead of "que", "pa" instead of "para" or even "xq" instead of "porque" and the list goes on. It might be a bit hard to understand, but it will not take long for you to understand it.

Spanish Culture: What time do Spanish people eat at?

While most people in European countries eat breakfast at eight, lunch at twelve and dinner at seven, it is a bit different down in Spain. It is quite common for Spaniards to skip breakfast by simply drinking coffee. A lot of bars will offer you a café con leche, chocolate con churros and more in the morning. Lunch in Spanish is usually referred to as “mediodia”. Spanish culture dictates that people usually have lunch around 2 or 3PM instead of  12PM as in other European countries. In addition to this, you will also notice that a lot of commercial places will close their doors between 2PM to 5PM in order to eat, rearrange stores, make preparations or even take a nap, also known as the siesta. As these people have these two meals later in the day, the same goes for dinner. It is not uncommon to still be eating at 10PM or 11. As soon as you move to Spain and settle down, you will quickly get used to it.

Spanish Lifestyle: What Do Spaniards Do in Their Free Time?

In their freetime, a lot of Spanish people go to the bar to eat tapas or to drink beer and wine with their friends. The Spanish lifestyle can seem a bit different at times as people do not like staying inside. Spaniards will always try to find something to do outdoors and that is a part of the culture. It is well-perceived in Spanish culture to spend time with friends and family outdoors. If you take a stroll down the street, you will often notice that kids are playing in the neighborhood’s agora. People love to interact with each other no matter what they do.

With that being said, we hope you enjoy your trip to Spain and make the most out of the Spanish lifestyle. If you happen to have a blast there, do not forget that owning a home can be as cheap as it gets thanks to raffle companies such as Cloverhut. Cloverhut is a company that specializes in raffling houses, giving the opportunity to people of all backgrounds to become homeowners for a cheap price. Forget spending thousands of pounds on property as you can now get it at a starting price of £2.

Homeownership comes with a lot of perks such as building equity, collateral for bank loans, not having to report to landlords and the list goes on. The idea behind Cloverhut is to make housing accessible to everyone. The company is dedicated to making it happen by never failing to deliver on its promises. There are no strings attached as you get what you paid for and do not have to worry about taxes. Participate in the next home raffle here. Join Cloverclub
Hi there! It looks like you’re coming to us from outside the UK… Unfortunately, non-UK residents cannot currently participate in this draw ☹️