As in many other countries, Christmas is quite the magical season of the year. With its cities full of lights, its family gatherings and countless traditions, it is fair to say that it is our favourite season of the year here at Cloverhut.

Certainly, Spanish Christmas Holidays are to be experienced. Just imagine, if Spaniards are happy people on a regular basis, you should see them during Christmas.  If you are a Christmas fanatic, in Spain you will be in paradise as there are so many important dates during the holidays.

For the purpose of this article, we will identify the most popular Christmas traditions.

The holidays are started by a big national lottery on the 22nd of December, known as the lottery of Christmas, which holds the record of the biggest lottery of the world.

You can also participate in our next raffle and get the chance to win a house in April!

Further on, you have Christmas Eve on the 24th of December. For this festivity, there is not really a traditional dish, rather, every household has their own tradition, but it is usually a fancy dinner. Christmas Eve is usually a very special night, the whole family takes a break from their daily routine, and reunite for this one night, leaving all stress and worries at the door. Everyone dresses up and enjoys a delicious meal together. Additionally, on Christmas Eve, it is common for people to go to Church after dinner to celebrate the Midnight Mass. during this Mass, Spaniards reaffirm their faith and praise the birth of Jesus Christ.

On the 25th of December, Christmas is celebrated, unlike many other countries that celebrate it on the 24th. On this day, Santa Claus comes with a small bag of presents, unlike other traditions, the day of Christmas is not the main day gifts are exchanged, that comes later on in January. Still, on this day, families reunite and spend the day together which makes the day so magical.

On the 28th of December,  the Day of the Innocents takes place, which is the equivalent of April Fool's Day. Actually this day is a reminder of a massacre illustrated in the Bible, Spanish people celebrate this day by joking around and sticking little white fellows made out of paper in the back of others.

Something you will see everywhere during the Christmas season is the Nativity Scene in many places and in different sizes as it is a common Christmas decoration. Models and figures are used to represent the birth of Jesus, sometimes, the scene may be very simple and include only the main characters, or it can be a huge structure representing the desert, the journey of the Three Wise Men and what not. People get creative and may add all the models and figurines they want.

This concludes the main events you need to know during the Christmas period, however, the Christmas festivities are not over as the best is yet to come. 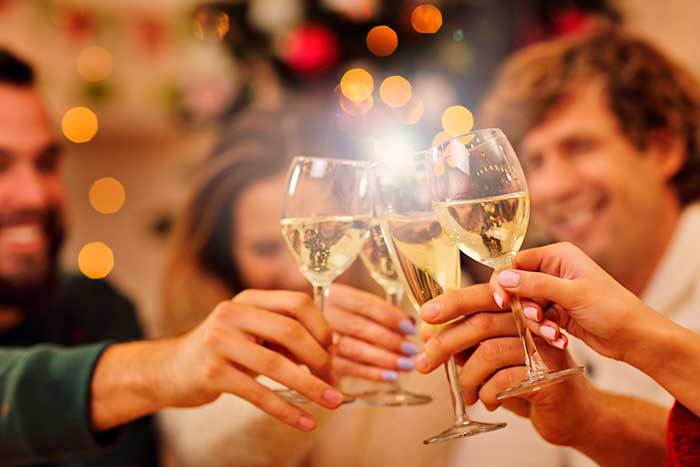 New Year's Eve is probably one of the best nights of the year. Every country has their own tradition for this night. Surely, in Spain, New Year's Eve traditions are to be experienced. Usually, this night is also spent with family, however, it is your choice if you want to spend it with family or friends. As on Christmas Eve, people dress up and eat a delicious meal, before the countdown to midnight. For this moment, people prepare beforehand the 12 grapes of luck, which will have to be eaten at every beat before the New Year, switching at midnight.  We recommend you take time before the countown to prepare the grapes and make sur they are boneless and skinless! This will allow for a much smoother transition to the New Year!

The last 12 seconds of the year are usually a moment of laughter as some people struggle eating the grapes, or miss the beats, and it is a nice way of entering the new year, with laughter. Additionally, the grapes symbolize health and luck for the upcoming year.

Melchior, Gaspar and Balthasar are the three Wise Men, also known as the Three Kings. The Three Wise Men are known for bringing gifts to Jesus after his birth.

In the Bilble, it is said they brought him gold, frankincese and myrrh. On the 6th of january, the gifts are finally being exchanged, as the Wise Men have come. Naturally, this day is another excuse for a family gathering and of course, to eat the Three King's Cake. The cake is oval-shaped and is decorated in traditional Mardi Gras colors. Inside each cake there is a small figurine, which traditionally was a broad been. Whoever gets the piece of cake with the little surprise is declared the King or the Queen!

All of these festivities derive from the fact Spain is a country that was traditionally Catholic. Spain is a secular country, even though the majority of the population is Christian, other religions are also present and accepted. Even though these festivities lack a bit of secularity, many of these events do not have a religious influence and are meant for people to reunite, gather and cherish each other.

This being, we hope you will come join us in Spain and enjoy the Christmas festivities. If you do not have a place to stay, remember, you may win a home in Spain if you participate in our next raffle. 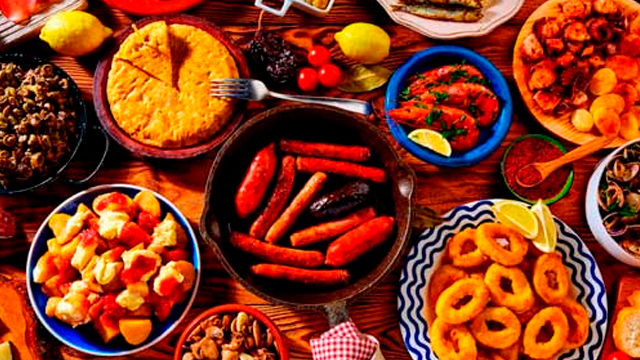