The community of Murcia is located in southeast Spain, right between Andalucia and the community of Valencia. Its capital city is Murcia as well. With a population of about 442 000 people, Murcia is the seventh city of Spain in terms of population size. If you are going to Murcia this summer, you are probably asking yourself about what you can do to make the most out of your trip. In this article, we will explore the 5 best activities to do in Murcia.

When you arrive in Murcia, it is very important that you visit the Cathedral de Santa Maria. This building is a vestige of the 13th century. Santa Maria, which was once a small mosque, has been serving as the main Cathedral in Murcia since 1291, which is the date that represents the move of the Episcopal seat from Cartagena to Murcia.

In fact, the first stone of the actual Catedral was laid in 1394.

73 years later, the construction was finally over. However, the Catedral of Santa Maria is constantly getting worked on for repairs, extensions, and refurbishments. For only 5€, you can visit the different parts of the Catedral. You can bring your children with you for a fee of 3€ if they are 7-19 years old. Come to Murcia and visit the Cathedral! We are sure that you will love it.

The Real Casino de Murcia is a place that will not fail to amaze you. You will probably think “wow” when seeing the building for the first time. The Real Casino of Murcia was founded in June 1847. Fast forward to today, the building has a significant importance in the region of Murcia. In fact, it was declared a National Historic Building in 1987. From 2006 to 2009, the King Don Juan Carlos I of Spain completely remodelled the casino and added the word “Real” to its name which is Spanish for “Royal”. At the moment, the casino has numerous rooms such as the Billiard room, tearoom, anteroom and so many others.

Inside the building, you will notice that it is not used as a casino but rather as a place to host conferences, concerts, dominos, and chess tournaments, etc. There are 1600 regular members at the moment who respect the strict dress code every time they step foot inside the building 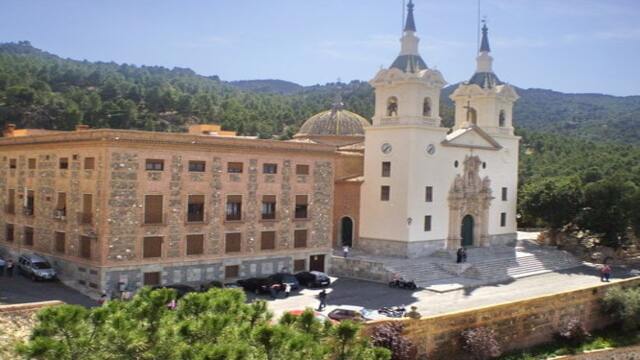 The Sanctuary of the Virgen de la Fuensanta is also known as the patron of Murcia as it is the spiritual home of all Murcianos. The building is situated right next to where a freshwater spring gave rise to the Virgin. According to the legend, that spring broke and the sanctuary was built next to the water. The area around the building has not changed since the 17th century. The city invests a significant sum of money to preserve the building and its gardens. When you come to Murcia, make sure you go to the sanctuary to visit it. The entry is free of charge so you can leave your wallet at home.

The Salzillo Museum is a museum space located in the city of Murcia (Region of Murcia, Spain), which is dedicated monographically to the works made by the Murcian Baroque sculptor Francisco Salzillo.

The museum is located in the central square of San Agustin, next to the Church of Jesus, which is part of it. In it are exposed the steps of the Brotherhood of Our Father Jesus, who go in procession on the morning of Good Friday, his famous Bethlehem of five hundred and fifty-six pieces and fifty preparatory sketches of the sculptor.

The idea of the creation of this museum began to take shape in the 19th century, but it was not until 1941 when its creation was approved by the Ministry of National Education.

In 1962, it was declared a Historic Artistic Monument. Since then it has been one of the most visited museums in the Region of Murcia and, without a doubt, one of the most important.

The Plaza del Cardenal Belluga is located in the historic center of the city. In it are represented the civil and religious power, since it is presided over by the buildings of the Episcopal Palace, the City Hall and the Cathedral.

With a baroque style, the Cardenal Belluga square has undergone several modifications over time. In 1885, a statue of Cardinal Belluga was placed in this square, and due to that event, the square was renamed Plaza del Cardenal Belluga, a name that has lasted until today.

In this square, the Eclectic and Modernist style of some houses built in the first half of the XX century, and the Contemporary style of the new building of the Town Hall come together.

At the moment, it is a pedestrian area through which many visitors pass every day, in order to admire the impressive baroque façade of the Cathedral.

How Can Cloverhut Help You Move to Murcia?

With all these nice places, Cloverhut is certain that you will enjoy Murcia! Did you know that there is a hidden gem in Murcia which is called La Manga del Mar Menor? La Manga is a dream location in Murcia that has beautiful hotels and beaches. It is the perfect spot to relax during vacations and a perfect place to live peacefully. Remember that you have the opportunity to win a beautiful apartment in La Manga del Mar Menor thanks to Cloverhut. For more information about this beachfront 2-bedroom apartment, click here.

If you are a winner at heart, then Cloverclub is a must for you. By joining Cloverclub, you get to join the place where winners maximise their chances by receiving free tickets, exclusive discounts, the possibility to enter raffles for trips to Marbella or €1,000.Check out Cloverclub to receive more information about its benefits and even more chances to win your dream home.

Review: The Best Hotels in La Manga del Mar Menor in 2021
Next
Summer 2021 in La Manga: Which Activities Can You Do?